"A senior new member finally makes his very first speech in the toastmasters club"- a lot of fellow toastmasters must whisper. (Pause) Yes! Here I am. I decided to move one step ahead before the anniversary of joining the MIIS toastmasters club has come. "No more waiting," I told myself.

Maybe it's just a part of my personality. I seldom think about the part of my life which I can share with my fellow toastmasters. (Pause) How about movies? I like watching movies.

My parents are the most wonderful couple I have ever known. They worked hard and did their best to support our family. While my brother and sister were both going to school, I was the one who had the most free time. Even though my parents were busy most of the time, they still managed to take me out sometimes. I still remember the first time my father took me to watch a movie in a theater in my home town - Hsinchu city, a small city in northern Taiwan . (Pause)

I was six years old and very excited. You can imagine a boy opening his mouth and yelling WOW~ (Pause) WOW~ (Pause) WOW~ (Pause) ... over and over in his mind. That boy definitely would not be able to sleep for a couple days. Although I didn't understand most of the lines in that movie, it made me believe one day we could travel back in time and cars could fly in the sky. It encouraged a six-year-old boy to imagine lots of impossible things and to daydream about his future. Thanks to my dad, the movie opened my eyes. I started looking at the world from a different point of view. Unfortunately, I almost never watched another movie in a theater with him because he was too busy, and also because (Pause) when I grew up I went to the movies with friends and my girl friend. Sorry, dad!

"Life is like a box of chocolates, you never know what you're gonna get next," Forest Gump, 1994.

I had just finished my junior high and moved on to the most memorable part of my life in senior high school. I met most of my best friends there. We did lots of fun things. We met our first girlfriends. We studied together and we travelled together. (Pause) However, senior high was also a bumpy time for me.

High school graduation is usually a turning point for a young man in Taiwan. I needed to decide whether to join the military or go to college. After following what my parents told me to do for many years, I began to choose the next "chocolate" for myself, to see the future as a vast jungle, and to enjoy every adventure I encountered. I decided to join the army so that I could "sample the flavor of" independence. I worked in the Office of the President of the Republic of China (Taiwan) and my duty being to protect the building from any kind of intruders. One day, a high-ranked military officer told me the importance of learning another language. At the time, he was learning German. Even though he found learning German to be challenging, he nevertheless enjoyed it. A talk with him led me to the dream of studying in the United States.

After finishing military service, I got a full-time job and studied in a college at the same time. During the weekdays, I just like a regular employee, dealing with problems that clients had filed. During the weekend, I went to the school and pursued a college degree. For five years, I almost had no vacation except Summers.  Meanwhile, I never stopped thinking about my dream in the United States. After I finished my college degree, I sometimes had the opportunity to work with overseas clients. It became the inspiration to pursue an MBA degree in the States. After gaining lots of hands-on experience, I decided to lead myself to another level and also to realize my dream. Actually, I wasn't 100% sure that I could make the dream come true at the beginning. But, today, I am standing in the United States. I am studying hard for my MBA degree. While I touch the desk in front of me, it feels like ... (Pause) a dream come true.

Brief note for the meeting: Today, there're not many members attended the meeting, but we had three prepared speeches. Some of the fellow toastmasters even carried more than one duty. 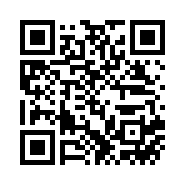